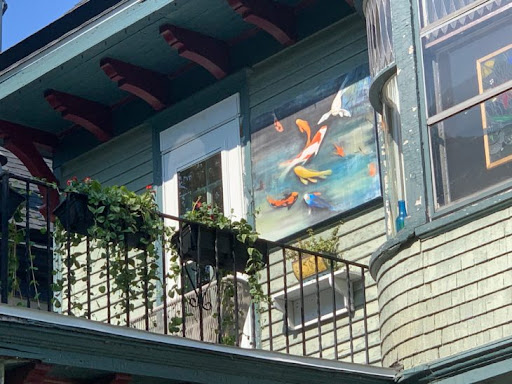 I was so pleased to be alerted to an article in Buffalo Rising newspaper which was a complete surprise. A local art mover and shaker noticed that my brother Symon had hung a Giclee print of koi from years ago on his balcony wall in the heart of Elmwood Village. The reviewer was very taken with the idea of displaying personal art for the public. I wrote him a note saying that my brother and I were following in our father’s footsteps. He updated the article, and voila! Text and pictures below. https://www.buffalorising.com/2020/07/buffalo-easter-eggs-ii/ A few days ago I posted on a special  Buffalo Easter Egg  that I came across during a walk in the Elmwood Village. Today I’m posting another Easter Egg in the form of a work of art adhered to the facade of a house. What I especially find interesting about this is that due to COVID-19, there is a dearth of art opportunities at hand. With shuttered galleries and studios, art does not abound as it once did. Therefore, public art has become
Post a Comment
Read more

Why this- why now?

At a recent opening of my show in Rochester, one relatively sophisticated viewer pointed out that some of the paintings looked like they were by different people. The organic, textured, flowing, hot colored abstract landscape next to three muted, resin coated circles and dots bothered him.  Tenerife.  36x72   Specimens 30x30 Not me, though. Having come to painting late, I insisted on spending a few years going through many stages of representational rendering- flowers, fish, fruit, figures- and that’s just the ‘f’s- to prove to myself that I could. When I decided I had captured clouds and sunrises and the sea, I got rid of the horizon line- and I was painting abstractly, which had been my goal all along. Rather than experiment in style pastiche or stages I think I paint in paragraphs. A new idea emerges, it gets done again, different iterations, then I revisit what I had thought was finished. When this essay is finished, I move on. Mark Rothko and Vassilly K
Post a Comment
Read more 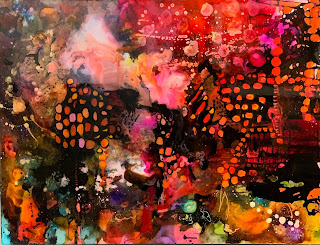 Red has always been one of my favorite colors, and I've been going to town lately. One is under resin which really makes it pop, but the completely inked painting also makes a statement. Trying to push winter away,  I guess.
Post a Comment
Read more 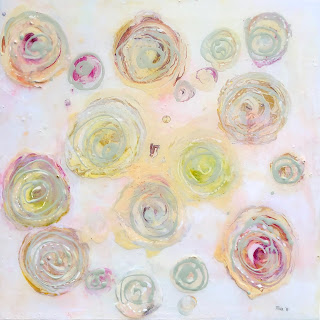 I’ve been having a great time experimenting with resin coatings for my ink and acrylic work. I started with birch boards as a base, which is recommended, but I’ve had success with both board and tightly stretched canvas. What I love is the way it makes colors pop! It certainly adds to the production of a piece in terms of time and technique, but it’s worth it. I use ArtResin, which is odorless and easy to mix up, though you DO have to heed the directions and wear shoes and gloves (sigh). I use a heat gun rather than a gas torch to run over the surface to remove bubbles, and seems to work. I’ve also had bad experiences using blue painter’s  tape on the sides, to keep small droplets from forming and hardening. Instead I go over the drips with gloved hands to get rid of them, then sand off the dried remainder with a circular sander. I still alternate between work with resin and paintings on raw canvas- tension between warmth that draws you in and a cool barrier through which to
Post a Comment
Read more 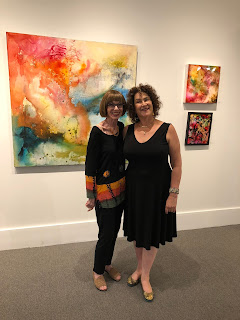 So great to be showing in the luxurious space of Tim Brooks' new expo68 gallery in the Eastern Hills Mall this month. Tim has a great eye for display and quality- all good wishes on this exciting new venture. In the meantime, do stop by before September 7.
Post a Comment
Read more 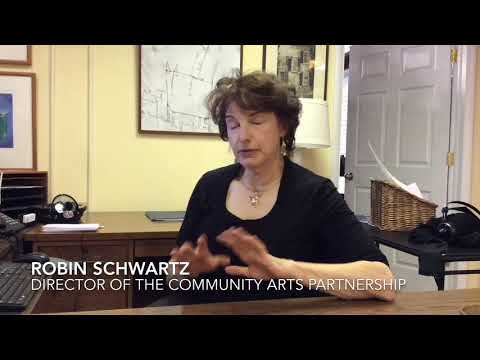 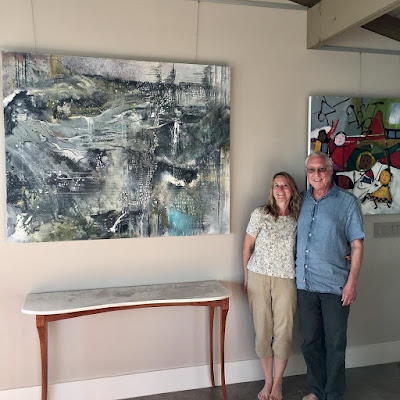 At least it feels that way. New shows every month, out of town and at the Mink Gallery in Ithaca. Hard to balance with teaching, but not impossible;. I've made so many new friends through the gallery and paintings, I love seeing my work in new homes. Below are some "in situ" shots from the last couple years.
Post a Comment
Read more
More posts

barbaramink
Ithaca, NY
Mink has been an active painter since 1998, and is a member of the State of the Art Gallery in Ithaca, Buffalo Society of Artists, and the Western New York Artist’s Group.